We had a grand day out last week! Gateshead Beer Festival was the location for this year’s Society of Independent Brewers’ SIBA North East Independent Beer Awards, and beer judging took place throughout the day, with us scooping five awards and taking the top spot!

Cullercoats Brewery took home overall Gold in the cask beer competition with our‘Polly Donkin Oatmeal Stout’, a rich, thick and creamy stout which proved a hit with the expert judges. We also took overall Bronze in the bottle & can competition with Royal Sovereign Barley Wine ABV 11%.

The awards are judged by fellow brewers and other representatives from the industry, making these the much coveted ‘brewers’ choice’ awards in the North East, including beers from brewers spanning Berwick-upon-Tweed to Sheffield. Accepting the top cask beer award for Cullercoats was Bill Scantlebury, Head brewer:

“This is the most important award for us to to win as it’s judged by our peers and industry colleagues. It’s a fantastic pat on the back and we’re very proud to win. It’s great to see traditional beers like this winning against such varied competition too, with all of the amazing beers in this competition it’s brilliant that a traditional British Oatmeal stout and a Barley Wine can win.”

“Polly Donkin has a complex recipe with seven different grains and all British hops – Bramling Cross and Jester – which give fruity flavours on top of that lovely roasted malt base, which is very creamy tasting from the oats.”

The Society of Independent Brewers (SIBA) represents independent craft brewers across the UK, who are now brewing the broadest range of beer styles ever seen, to quench the thirst for independent craft beer from drinkers and pub-goers. Presenting the awards was SIBA’s Head of PR & Marketing Neil Walker,

“The quality of beer in this competition was astounding, with a real variety of styles including more modern New England style hazy IPA’s and fruited sour beers going head to head with traditional porters, stouts and barleywines in the final judging. I’d like to congratulate all of the winners and in particular Cullercoats and Ossett who took the overall top spots – winning these awards is a huge achievement and I wish you the best of luck at the National finals next year!”

Winners from the North East Region now go forward to compete at the national finals in Liverpool early next year. 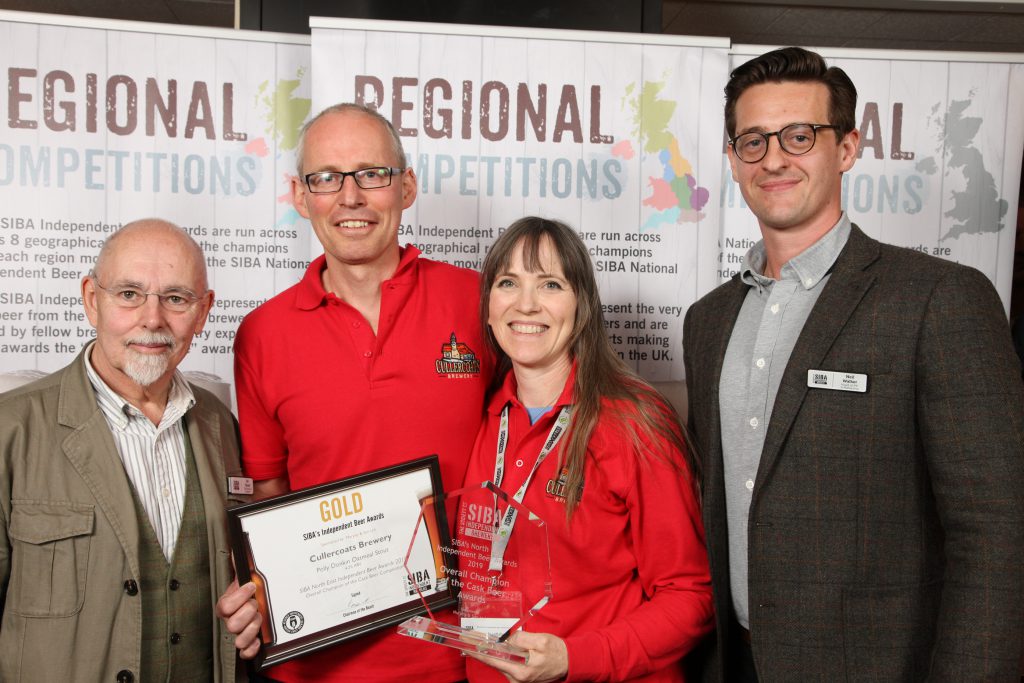 You can try these award winning beers for yourself, bottles are on sale now at Fenwick Newcastle, Boda Home Whitley Bay, Coppers Gosforth, Centrale Newcastle, Grape and Grain Morpeth and The Rare Drop Gateshead.